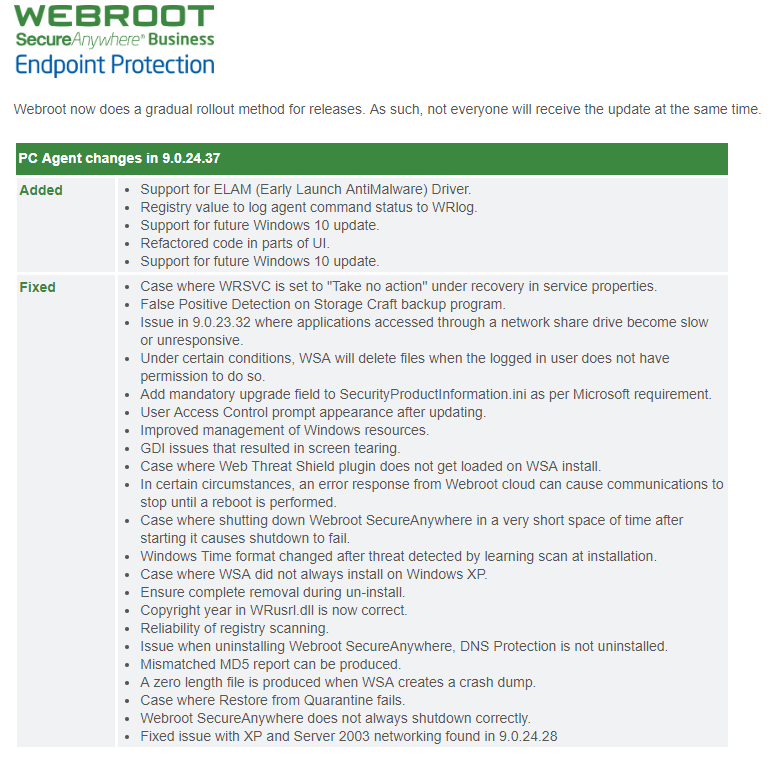 +5
Wow, still supporting XP and 2003. Not every company goes out of their way to support their customers like that.
T

+5
Thank you Webroot for changing to a gradual rollout method!
M
I have a client with 50 PCs running Webroot - 10 are reporting application issues and errors - the only commonality that I've been able to find between the 10 is that they are currently on this update - have there been reported issues with the new version?

This is just one site out of roughly 50 that I'm talking about here - there are hundreds of computers potentially affected. I'm starting to get the feeling that this is going to be a long night.
J

+1
It looks like I made the right call to turn off auto updates on end points on PC's. I had turned them off on servers after an update took down a server. We now no longer allow them due to problematic update releases from Webroot. I would suggesst that you do the same. At least until there have been no reported issues with the "new" release.