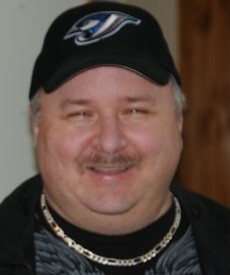 Anyone who's visited the Webroot community will recognize    He's the most senior VIP,  the only person at the Silver VIP level, and he has a wealth of knowledge about Webroot and computer security.  TripleHelix is always willing to lend a hand and share what he knows.  I invited him to do a little interview so we could learn more about him and of course he agreed!

Tell us a little bit about yourself?

I live in Oshawa, Ontario, Canada about 30 miles east of Toronto and I've lived here my whole life. I’m married; it will be 16 years this year.  My wife Lisa is my best friend and a great person. She supports me with all the time I've spent online helping people on many security related forums over the past 15 years. We have 3 chihuahuas.

How did you discover the Webroot community?

That’s an easy one. I had been a Joe Jaroch in the Prevx forum on the Wilders Security community starting in 2009.  Before that I was a member of CastleCops, a security community which is now closed down.  Webroot acquired Prevx in November 2010 and I joined the Webroot community.  I was a Beta tester for Prevx and now Beta test Webroot SecureAnywhere, which is based on the Prevx technology. Webroot made that technology much better and their support is second to none, honestly.  I’m very familiar with WSA and like helping other users of WSA anywhere on security communities, including this one. I have to say it’s the friendliest community I have ever been a part of: kudos!

How did you get involved in computer security and become a Microsoft MVP?

This is a long story but I will not go into great detail. I was noticed by a very good friend of mine, who has been a Microsoft MVP for a number of years. She nominated me to become a Microsoft MVP.  She submitted my nomination in Oct 2011 and I was notified by email that I was awarded on April 1st 2012. I'm in my 3rd year now and we have to re-qualify every year. I'm proud to be part of that security community.

What got you into your career of being a welding supervisor and inspector?

I took welding in my first year of high school. Near the end of the school year, my welding teacher took me aside and said I had a.gift and he would like me to continue.  In the third year he made me class forman, a position I held until the end of grade 12. I got a job welding coming right out of school. I was a welder fitter for 15 years, building and welding large railway maintenance machinery for Pyke Manufacturing, now called Nordco, Inc. Then I became a certified CWB welding supervisor and had 10 welders working under me. In time, the company needed to get a quality control system in place so I got certified to be a CWB inspector as well. I had to retire after 26 years, in 2004, due to health issues but I did love my job and can say I was very good at it. :)

What hobbies do you have outside of computer security?

I like fishing, mainly for sport.  I fish all year round, but my brother and I release most fish we catch. We only keep a few to have a good dinner of fresh fish. I like to watch the Toronto Blue Jays play baseball.  I go a few times a year to see them live, and the rest I watch on TV as all the games are broadcast.

Who is your favorite super hero?

When I was young I watched all cartoons and never really had a favorite, except maybe Superman. Today I like watching all the Marvel movies such as Iron Man, Captain America and the Avengers. I think Thor is my new favorite super hero :) And I can’t wait to see the new Guardians of the Galaxy movie!

I would like to thank Nic for this interview and I'm happy to get to know many more of you on this great Community!

Thanks for the interview   - you're a great asset to this community and we're happy to learn more about you!

+4
It's fantastic to finally put a face and a deeper story to TripleHelix.

Userlevel 7
I already know TH pretty well, but this was great to read and get to know him better!
New to the Community? Register now and start posting! "If you don't learn something new every day, you need to pay more attention. I often get my daily learning here so grab a chair and stay a while!" WSA-Complete (Beta PC), WSA Mobile (Android), WSA Business Mobile (Android) WSA-Endpoint (PC- Some of the time.....)

+62
This is awesome knowing the TripleHelix. ..GREAT information and a face to relate too. .Boondabah! !!!

Userlevel 7
Well..., what can I say..., it's an awesome interview!! :D
It was great to read as well as to know a little bit more about the Guru of our Communnity!! ;)
Daniel and Nic, many thanks, you are great guys!

Good to get to know more about you and I agree that Guardians of the Galaxy is going to be epic! Can't wait to see how they work it in to the Marvel Universe.

@DavidP1970 wrote:
I already know TH pretty well, but this was great to read and get to know him better!


Much like David I feel as if I know Daniel reasonably well...but this article has revealed some more obscure sides to our most senior VIP...which helps us get to know him even more.

Excellent article, Nic & Daniel...kudos to you both!

+54
Great interview Nic and thank you Daniel for sharing. I did know a lot of it but not much of the personal stuff. I love fishing as well but have not done any serious fishing for quite a few years now. Now the Guardians of the Galaxy movie I will have to keep my eye open for that one at some point, I like movies along those lines.
Microsoft® Windows Insider MVP - Windows Security

Userlevel 6
Nice interview with a really great man (kills me to say that knowing he will see it) lol. We are very fortunate to have Daniel....and by the way, that's a hockey face if I ever saw one ....don't pretend to be a baseball guy! Ha keep up the good work and thanks for being a good friend. RR
Rompin Raider WSA Complete Windows10 MacOS Sierra

Userlevel 7
I knew some of it. But I got know a whole lot here. Great to know you in depth Daniel. And it's an honor to have been friends with buddy.:)

Thanks for taking the interview Nic.

+56
Always my Friend and fellow Canadian!