Userlevel 7
Barcelona's Mobile World Congress is..well, all about mobile. With that all-encompassing theme, it comes as no surprise that new Android devices (including two unique offerings from ASUS) are everywhere. This year, however, there's a new OS in town and it isn't from Google, Apple, Microsoft, or Blackberry. Say hello to Firefox OS. And Mozilla had quite a nice booth to go along with the introduction: 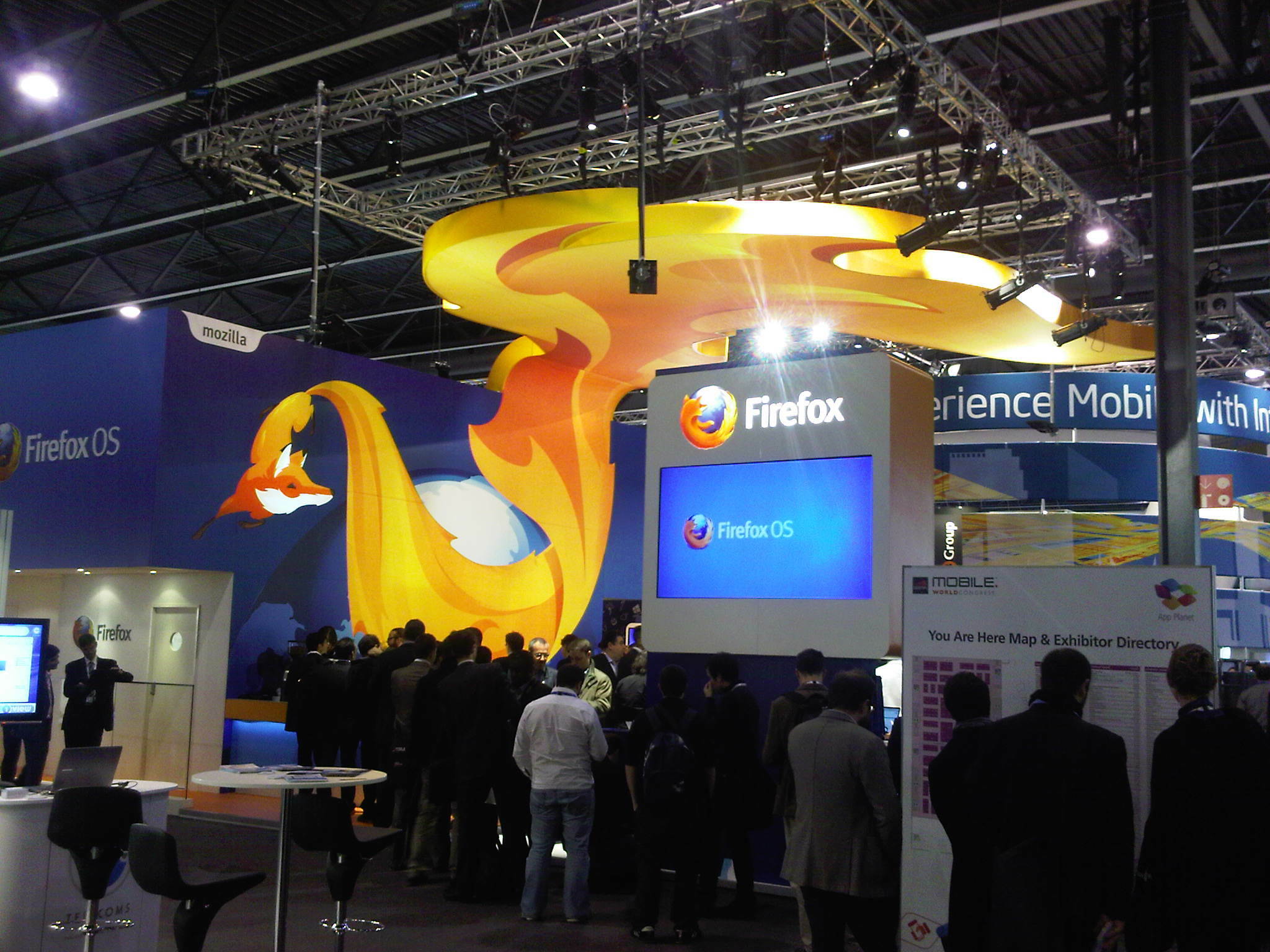 So what made today a big win for Mozilla? Four OEM's (Huawei, LG, ZTE, and Alcatel) as well as 17 global carriers have committed devices and services to the Firefox OS. The first wave of devices will hit these markets: Brazil, Columbia, Hungary, Mexico, Montenegro, Poland, Serbia, Spain and Venezuela. More markets will follow and will "be announced" soon. While not much has been said yet about the US market, it's certainly a possibility with Sprint and Deutsche Telekom (who owns T-Mobile) are among the 17 carriers.

While this is certainly exciting news, Firefox OS has a long way to go in a market dominated by two giants, with the other two smaller giants struggling to even the playing field. Mozilla does have name recognition, but it's not Microsoft. Or Blackberry. Also, like Android, Firefox OS will be very open. That's great for users and developers, but it's also great for hackers and cybercriminals.

In all, it will be very interesting to see if/how this new OS will develop and try to make a name for itself in a cutthroat mobile market. What do you think? Will Mozilla have what it takes to eventually play with the 'big boys'?
--Yegor P-- Social Media Content Coordinator New to the Community? Sign up for FREE today.
Be the first to reply!