+9
Is it just me or is everyone else unable to make changes to a policy i created 4 years ago!.
Using Mozilla Firefox 65, i am now unable to make any changes to anything in the policy.
before i would simply double click, make the changes and then Commit the changes and apply to my test PC to ensure they work but i cannot nor do i see any drop down to Enable "Favor low CPU usage over fast scanning", clicking it does nothing and i am the only Admin that uses the console.

People are complianing their pc's come to a complete halt when doign a scheduled scan and i agree, my own PC with a Xeon cant even cope!

There has been so many issues with webroot the past year that its becoming a joke among my fellow IT-Sec-SysAdmin buddies that i talk to, do an update, reboot end up with 1000 rundll32.dll process running!. Try explaining that to a managing director.
Linked to Kasaya? You know they got breached a while back and a lot of their customers servers got crypt0 and trojans but why is it kept all hush hush. At least TeamViewer released a public statement hey.
J

+9
And this is the type of service i am seeing from Webroot. Our current subscription will end in september this year and i guarantee i will be seeking a replacement and i will be going with ESET Node32.

I can be on the phone to an Australian bloke in 3 rings of the phone and have assistance IMMEDIALEY which is what we pay for.

I figured the issue out my self but would have been nice for someone to mention you can ONLY make changes to the policy in the new console format and not the old End Point protection Console!

This is a forum and you need PAID employees to constantly assists publicly not hidden through PM's so we can fix our issues if its publicly known instead of waiting 3 weeks for a reply like i have seen on these boards.

Absolutley discusting service so now you will lose 80 license subscript in september 2019.

+5
Curious, did you attempt to contact support via any other methods besides the forum? Were they not of any help? One of the major reasons we moved off of ESET was due to Webroot's quick phone support.

+28
, I know how you feel. I've used the other methods for support, website and phone, and had issues. This is on top of a number of issues I've experienced with the software and the console. If you want to read about it, checkout this thread.

I have been in the IT game for a long long time now mate and there isnt much i cant fix my self and if i get stuck i do a quick bit of googling to see if there is a fix. This is why posting on forums as a MUST so people can see the answers they may need.
People like my self dont always need to contact support and bother them with a minor issue which if posted on the forum "Like i answer i gave above" can be sorted in less time that it does to sit on hold and create the ticket, 200 emails later for a minor issue.

It needs to be a really issue for me to ring anyone wether they be Veeam, Vmware or hell even Symantec. In the 20 years, i would say i have made 3, maybe 5 phone calls in my career.
This is why i hate the whole "Create and submit a ticket" thing because i am looking for a quick, publicly known fix, hence the whole reason of forums.

Like i have said before, webroot might need to look at forums such as BleepingComputers of which i am sure they know about. Thats run by like minded people and you get a response with in an hour or so and i also contribute to that site my self.
J

Yeah mate, i have managed Viper, Symantec EPP, ESET servers, Bitdefender, and Malwarebytes over the years on hundreds of pc's but never had the issues i have had with webroot.
The last issue was installing the new update a few weeks back only to reboot and then find run32dll.dll multiplying to over a thousand running process's rendering about 20 computers dead on a boot up.
One of them was the managing director who didnt apricate that took me an hour to work out the "Known" issue only because i seen it on a forum post here.
I didnt need to contact support, i seen it was known and i uninstalled it, re-installed and it was fine.

Remember when webroot was deleting system files in Windows? LOL, never have i had an AV solution delete windows system files rendering the pc's dead on the next boot.

I also study malware in my spare time and have ran countless tests and and samples that webroot should be picking up but yet it doesnt, it doesnt even stop a known exploit,exe,vbs,js,htm,mta files for crypt0 LOL files from downloading off the internet and thats what i like about ESET as it will stop the download even before it finishes and it also utilizes HIPS.

I could literally go on but my decision has been made and i LOL\d so hard in that thread about it being an american company as if thats safe. I hope that user knows that any LLC in america HAS to obey what ever the NSA and fed's ask them to do, its a known fact like a dictatorship.

Everyone bags Kaspersky because it did what it weas meant to do after a NSA analys droped the fiels on his laptop at home, upload samples to the server for scanning and deassembling but somehow people think kaspersky is run by the russian government which is an insult to Eugene.

I contribute to a lot of sites including brian krebs, bruce schneier, bleeping computers, eset we live security etc etc and laughed when i seen someone say spiceworks and exchange are good forums LOL.

Just look at webroots DNS Protection threads to see what a disaster that is, even the password manager threads. DNS protection is only a link in a massive chain of prtecting end users and nodes on any given network.
I am so strict at work i literally only allow traffic to 4 countrie in the whole world to prevent crpt0 opulling a http from somewhere. I also submited a POC to microsoft some 4 years ago about using BitsADMIN service to pull ,alware from where i want it to as it doesnt validate MS update or WSUS servers when pulling a file.

The way webroot updates is also terrible, who allows any script and or exe files to be executed from a users profile to be run? Certainly not me as anyone IT-Sec company would no that is a no no. Go and get a sample of known malware, script or obfuscated file and right click and scan and nothing will happen. I found webroot doesnt even scan files after being downloaded, this is something should always happen instantly instead of waiting for a system scan!

Anyway enough of my ranting.
/rant

+28
I've been in the game for about that long too and if that's all the calls you've made, you are one lucky IT Admin! Some companies don't have a forum built for what you're talking about. I've used FreeNAS for example, and their forum is made for that type of thing. Spiceworks forum is a great place for all sorts of software and hardware. However, the Webroot community forum just isn't going to give you that level of service. Nothing against this forum, it's a nice place and they've made some recent changes that are nice, but it has thrown a few things out of order and they are working to get it organized again. However, if it's organized and looks amazing it's not going to meet what you describe. I say this because there aren't enough of us here. I don't know how many people are on regularly, but it doesn't appear to be a lot and it's mostly the same people. Compare that to the Spiceworks forums where there are 2 million IT professionals registered on there, and you can see why there is a difference in level of service. You may not like it, but I suggest using either the online support system or calling support directly. Either way, I wish you the best of luck!
NicCrockett | NicCrockett.me
J

Yep like i said mate, i can generalyl find a quick fix for something on a forum or vb board, hence the reason ti think hey need to step up their game here and pay someone to support the forum or just dont have one and strictly force people to submit a ticket. Being the only SysAdmin for over 100 users you have to learn every aspect of the craft LOL.

Ohh and the hardest thing to deal with is end users denying they have done wrong and straight faced lying!
I will write a book about my career one day.......one day :|
J

+9
PS, just reading the rest of that thread you posted. Ohh what a good read lol.

+28
I can't disagree with your rant. You haven't said anything that surprises me accept maybe the over 1K running processes part. That's a bit excessive!

There are a few staff in the forum, but I'm not sure they are all support. Some are more like community evangelists and others seem to have a deeper understanding of the software. I might be wrong, but that's the way it seems to me. Either way, they aren't quick to respond unless you know who to tag usually.
NicCrockett | NicCrockett.me


Yeah, I can appreciate that. My default is to just pick up the phone, but I understand the forum mentality as well. Best of luck to you.
J

+9
ahhh i just typed a whole response only to have it disappear LOL, anyway this is what i am talking about with regards to the run32dll.dll issue
https://community.webroot.com/webroot-secureanywhere-antivirus-12/150-to-5-000-rundll32-exe-s-running-in-memory-after-webroot-update-bringing-machines-to-their-knees-335262?sort=dateline.desc

How am i to uninstall this 400 kilometers away in safemode :|
Normally i would fire up WMIC and execute a uninstall switch

+28
When dealing with remote devices, I suggest you use the force. 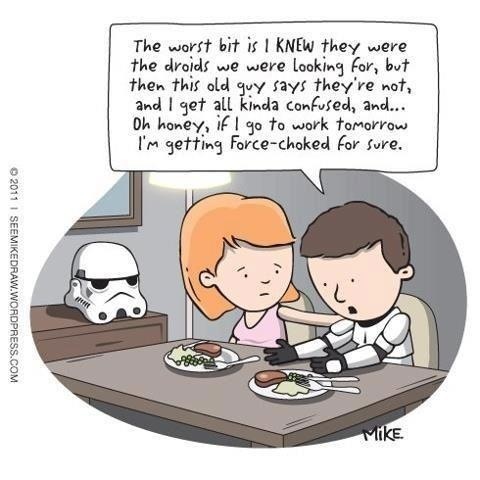