It'd be great if the outbound connections user controls (allow/block the connection of a process, etc) in firewall and the settings for the firewall in Advanced Settings is brought back in Win 8 and Win 8.1  I think it's very useful feature to users who can control outbound connections.  Just like it's been in previous versions. 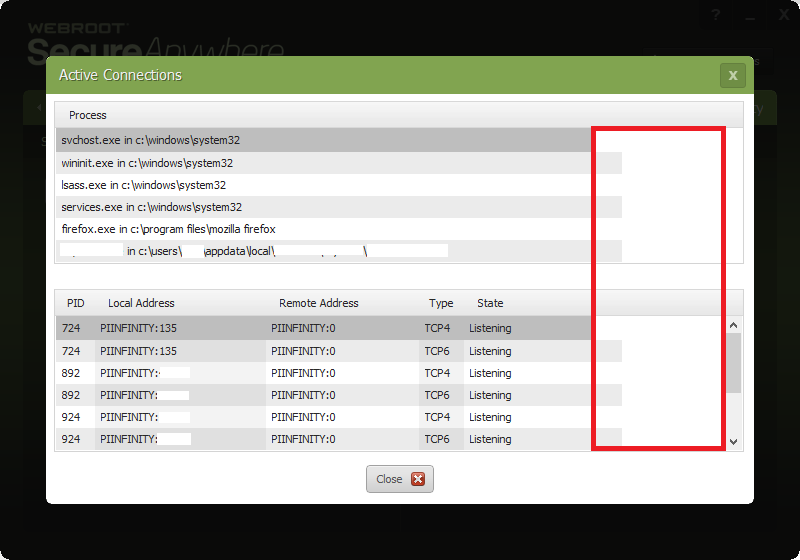 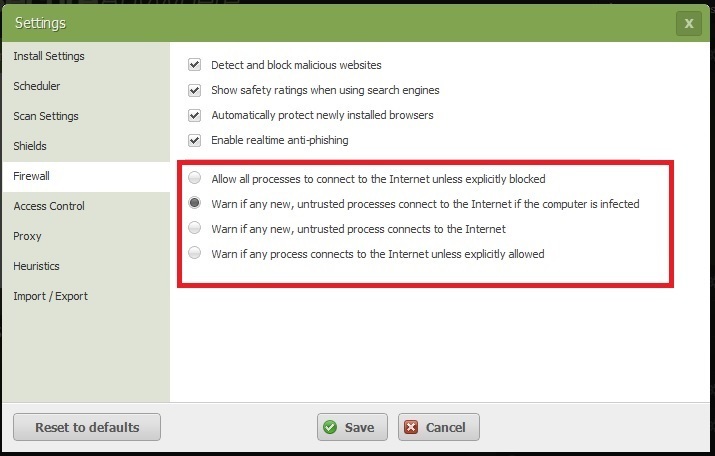 EDIT: Wouldn't this setting notify you if someone clicks on a JS or Macro trys to contact and download any payload? ?

+55
? Hi James this should be marked as Implemented right? Maybe not until it comes out of Beta.

While that setting could block unwanted downloads, it is more likely to cause a great deal of confusion and frustration as you would have to explicitly allow or block every process that connects to the internet. With the choices being Block, Allow Once, and Allow Always, the chance of blocking or allowing a process that you didn't intend to block or allow are high. Processes are also automatically allowed after two minutes. I don't recommend using that setting.

+55
? But it would be very useful for Power Users that know what the notifications means right? I'm not suggesting for the common user sorry about that. And I understand for the Auto Alow again for the Common user.

I tried enabling that setting once. The notifications started flying in. Even as a Power User and being proficient in operating my system, I still was overwhelmed by notifications as many were rather vague in their intentions. I quickly realised that I should change the setting back to "Warn if any new, untrusted process connects to the Internet".

+55
I have it set now for the last few hours and all my files are Whitelisted and not a peep from WSA.

I would not recommend it for Power Users either for the same reasons. You are free to try it out, that is why it is an option, but I think that you will quickly see why it is not the default ;)

+55
? I understand and thanks! To be honest I have all my files whitelisted and not a peep in almost 4 hours.

Userlevel 5
we will see this change in next update of WSA ?

Thanks all Webroot Development and the rest of you guys :)

Userlevel 7
You should do Parham, as the change is in the current beta version that the Beta Group are currently evaluating and if it goes as per normal release to the Bet Group is the precursor to a general release...but we have no indication as to when.

Any news when this will be out of beta and in production?

Shouldn't the status of this Idea be changed to something more appropriate such as "implemented" or whatever the correct term is, perhaps?

+55
Well the Community Manager just quit last week so the Community will be slow to update but they will get on it when time permits. ?

U
Userlevel 3
Finally ! Good to hear that, i can use WSA again