+23
Coinhive has just made public that they will be shutting down their service on March 8th. Coinhive has become infamous the past year as the innovator behind the javascript based cryptomining service. However, that service quickly turned into the criminal cryptojacking attack campaigns that became so popular in 2018 infecting millions of sites and netting criminals millions in cryptocurrency at victims expense. 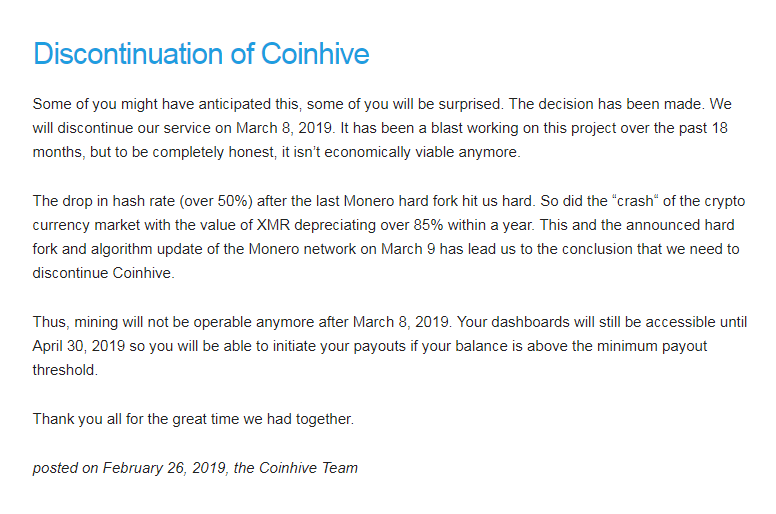 +63
Interesting and thanks Tyler!
Daniel - Windows 10 Pro x64 for Workstations 22H2 on my Alienware 17R2 and Alienware 17R5 Laptops with Webroot SecureAnywhere Complete Beta Tester for PC & Android Moto G9 Plus OS 11. "Take Them to the Train Station"

“Javascript based crypto mining!” Really?  Who would trust that?   Just all those words in the same sentence makes me cringe. Would you trust a self driving car that ran on javascript?

Seriously, who did not see this coming?  What's next, Python Crypto mining?  SIGH

- Owen Rubin, SW Engineering Manager. This is my story and I'm sticking to it!