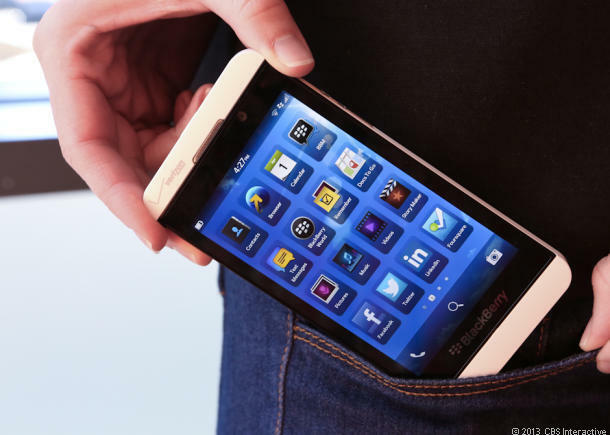 The BlackBerry Z10 in white.

BlackBerry has issued a security advisory notice to those who have bought its flagship Z10 touchscreen smartphone -- the first BlackBerry 10 device to launch following the company's bid for revival, back in February.
The advisory, which was issued last week, notes a bug that relates to BlackBerry Protect, its security and backup utility, rather than the phone's operating system itself.

According to the advisory, an escalation of privilege vulnerability exists in the software of some Z10 phones that could allow a malicious app to "take advantage" of weak permissions in the in-built security software. This could allow a hacker to gain access to the device's password, and intercept and prevent the device from being wiped.

The "critical" factor is that the security flaw could dupe the device's user into installing an app which resets the device password through BlackBerry Protect. Though the device may be in the user's hands, its data is under the control of the hacker.

Userlevel 7
For the product that is supposed to rescue the original secure business phone.. this is a huge ouch in my opinion.
New to the Community? Register now and start posting! "If you don't learn something new every day, you need to pay more attention. I often get my daily learning here so grab a chair and stay a while!" WSA-Complete (Beta PC), WSA Mobile (Android), WSA Business Mobile (Android) WSA-Endpoint (PC- Some of the time.....)

+56
Yea David I have to agree and I have seen one and they look very impressive but I still believe they are on there last legs as Windows 8 Phones are picking up momentum with Android & iPhone being the top two.