Userlevel 7
Researchers have unveiled a shape shifting paper thin mobile phone that curls up when a call is received.

It contains 'smart memory' wires in a thin plastic display.

When a current is applied to them, they contract, causing the display to curl.

The handset, dubbed the morephone, was built by a Canadian team using a plastic display built by British firm Plastic Logic.

'This is another step in the direction of radically new interaction techniques afforded by smartphones based on thin film, flexible display technologies' says Roel Vertegaal, director of the human media lab at Queen’s University, who developed the system. 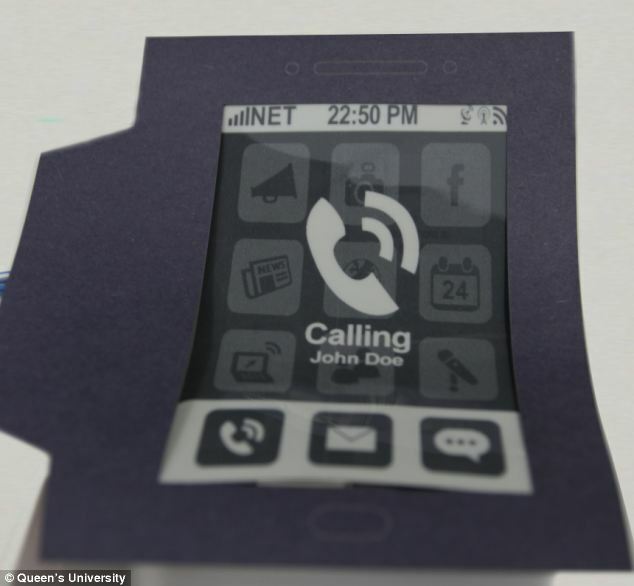