Yesterday, I posted about the (then) brand new announcements from Microsoft and EA camps, but really, this E3 is all about the latest chapter in the Playstation vs. Xbox rivalry. Here's the kicker: It looks like the tables have turned and Sony is winning...

Last night, Sony held it's press conference much like Microsoft did earlier to kick off the day. And much like Microsoft, Sony presented and demoed a handful of exclusives and showed off the PS4's power (article courtesy of ARS Technica). Unlike its rival, however, Sony also utilized the moment to address some of the main gripes gamers were having with next-gen consoles. Needless to say, unlike Microsoft, the announcement was greeted with a thunderous applause. That announcement, of course, was that of Sony's stance on used games. The verdict? Plain and simple, the PS4 will not block used games and the owner of the game has the right to play, lend, or resell it, just as he/she does today. So, in other words, this would be nothing new had Microsoft not put a target on its back just hours earlier when it laid out its own policies about used games to the public.

On top of that, factor in the fact that the PS4 will not require users to "check-in" online once a day and the fact that it's a more powerful console at a price that's $100 less than the XBox One and the winner (so far) seems pretty obvious. That said, everything is still at 'stage one' and there are many future factors (i.e games, online ecosystem, Kinect?) that could diminish Sony's current advantage. But all of that remains to be seen and this is now. And for now, the PS4 has successfully turned the tables and has given anyone (Xbox fans included) who was torn before the facts came out to go with the PS4. Gizmodo has a good showdown of the features. Take a read and let me know which console you would (or will) pick. As an Xbox fan, I'm pretty certain I will go for the PS4 when the consoles hit the stores. 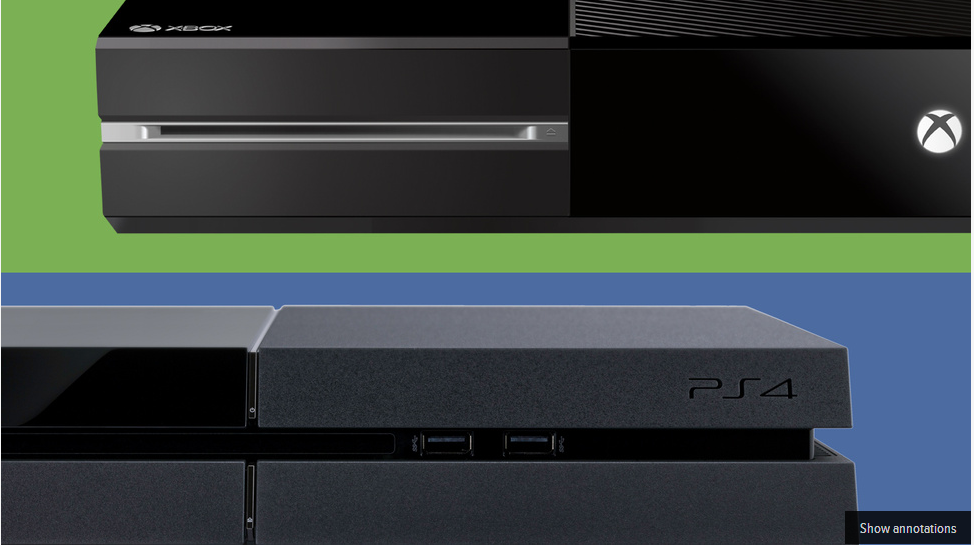 Userlevel 7
I don't think it very likely we will be getting a new console anytime in the near future.  Given the information of the last couple of days though, it is safe to say that if we do decide to purchase one, it be the Sony.  The limitations on trading games for the XBox is simply unnacceptable to me.
New to the Community? Register now and start posting! "If you don't learn something new every day, you need to pay more attention. I often get my daily learning here so grab a chair and stay a while!" WSA-Complete (Beta PC), WSA Mobile (Android), WSA Business Mobile (Android) WSA-Endpoint (PC- Some of the time.....)
O
I think I will go for the Sony as its cheaper used games can be traded and bought, and the Internet. Also the Xbox ones features seem more complicated, as a 18 year old I myself will be movin to uni and id like to take my console with me, and I can't with the Xbox one. So the PS4 is a winner in a lot of people's book.