Userlevel 7
The fact that the LG Optimus F7 is available on more than one carrier is no surprise. It's an excellent midlevel phone that's packed with quality specs, such as a vivid 4.7-inch touch screen, an 8-megapixel camera, and a dual-core CPU.
Boost Mobile announced today that the F7 will be coming to the carrier on June 27 for $299.99 off contract, and U.S. Cellular customers can already get the device for $99.99 with a two-year agreement.
All in all, despite some of its drawbacks (like its sluggish 3G speeds), I'd still recommend it for current U.S. Cellular customers looking to renew their contracts while on a $100 phone budget. If you're switching to the carrier, however, then I'd go for the Samsung Galaxy S4 instead. Why? As unfair as it is to existing U.S. Cellular clients, the carrier knocks $100 off the GS4 for new customers, making it the same price as the F7, and the more savory buy. 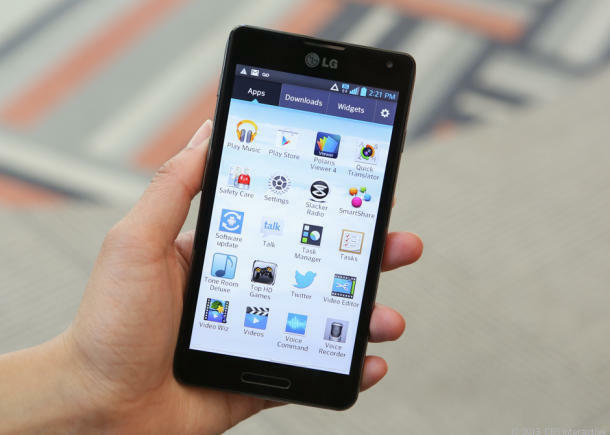