Userlevel 7
OK, this is on the seriously geeky side, but if you're keeping tabs on all things Google Glass, you'll want to know that the software kernel underlying the high-tech spectacles is now publicly available.
The blog Karthik's Geek Center noted Saturday that the kernel source code for Google Glass has been posted to the Google Code site, ready for download. The brief writeup there say's that's "unlikely to be the permanent home" for the code, which should end up being relocated to a spot adjacent to "other android kernel source releases relatively soon."
The 65.7MB file -- described as a "tarball file," or a compendium of sorts -- for the code has been downloaded 3,506 times since it was uploaded to the site just over 24 hours ago. It's available under the GNU GPL v2 license. 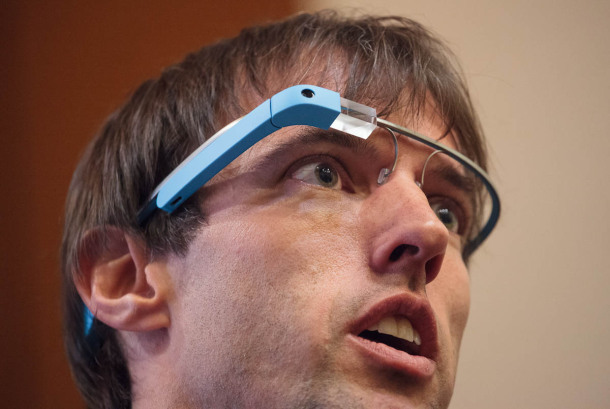 Steve Lee, a member of Google's Project Glass, sports the computerized headwear at the Google I/O conference.
Be the first to reply!