Userlevel 7
It's official. Intel's fourth-generation core "Haswell" processor will arrive on June 3. Expect a crush of desktops, laptops, convertibles, detachables, and tablets to ensue.
"In approximately 3,337,200,000,000,000 nanoseconds, Intel will reveal all there is to know about the highly anticipated 4th generation Intel Core processor family," Intel said in a statement Friday.
That's June 3 in the U.S. and June 4 in Taiwan, where it will be rolled out at Computex.
Haswell is mostly about better battery life and, to a lesser extent, about improved graphics performance. So, expect, for instance, Haswell laptops that last longer -- maybe a lot longer if other power-saving technologies are also used -- than today's latest and greatest offerings. 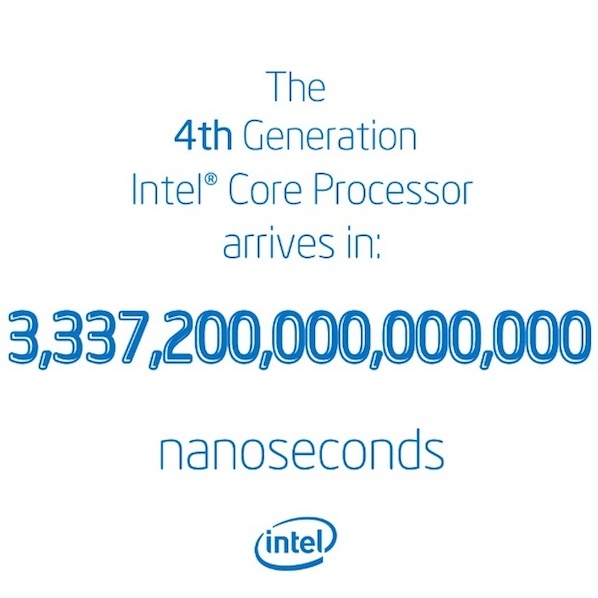 Userlevel 7
I am counting down! In nano-seconds!