Userlevel 7
Intel has officially dubbed the next version of its high-speed port "Thunderbolt 2."
The technology was actually revealed at the National Association of Broadcasters conference in April under the code name Falcon Ridge.
Technically, Thunderbolt 2 is a controller chip that doubles the speed of the first-generation port, supporting up to 20Gbps bidirectionally.
That means the cables can now support both transferring a 4K video and putting it on screen at the same time.
Current versions of Thunderbolt are limited to an individual 10Gbs channel each for both data and display, less than the required bandwidth for 4K video transfer, Intel said in a blog post Tuesday. 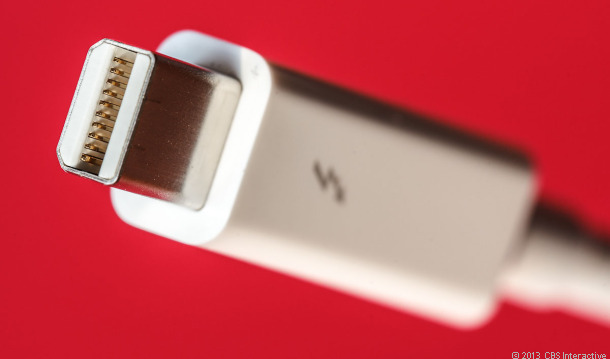