+56
Microsoft has released Windows 8.1 Update 1 to manufacturing, according to my sources, as well as the known Windows leaker WZor.

Word of Windows 8.1 Update 1's existence and feature set began leaking months ago. Pre-RTM builds of the update have been leaking for weeks. (The RTM build has not yet leaked to the Web as of March 4.) During Mobile World Congress, Microsoft execs officially provided some information on the coming release for the first time publicly.

Userlevel 7
Well, with the RTM in place, the update should rollout within a few weeks I would guess.

Userlevel 7
Daniel, thanks for the digging...useful to know...I will make sure that my tablet is connected to WiFi then.  😉
Webroot SecureAnywhere Complete Beta Tester v9.0.24.49, imaged by Macrium Reflect v7.2

+54
That is brilliant news, thank you for the update Daniel.

Userlevel 7
Thanks for finding that out for us!

Userlevel 6
Thanks for the heads up...you have to admit, old Triple Helix gets lucky every now and then!:D
Rompin Raider WSA Complete Windows10 MacOS Sierra

Userlevel 7
RR, there no every now and then, or getting lucky either...the TH is all seeing & all knowing...be afraid, be very afraid...:p ;)
Webroot SecureAnywhere Complete Beta Tester v9.0.24.49, imaged by Macrium Reflect v7.2

Here's our roundup of the latest leaks, suggesting what we can expect in Windows 8.1 Update 1.

A full build of Windows 8.1 Update 1 has leaked to file-sharing websites, revealing a few more of the expected changes, according to The Verge.

That includes a title bar across the top of all Metro-style apps, making it easier to use a mouse to minimise and close apps, as well as snap them side-by-side next to each other.

It's also now possible to see how the dedicated shutdown and search icons (see below) will operate. Clicking on the shutdown button opens up a dropdown box with the expected options: restart, shutdown, and sleep.

Boot to desktop by default

The option to bypass the Metro interface when booting up will be on by default for desktop PCs, according to The Verge.

The idea is to make it easier to use Windows 8.1 for those using a keyboard and mouse rather than a touchscreen, with Microsoft's own telemetry data showing most people still use those standard input methods. And yes, that's the same telemetry data that Microsoft used to justify removing the Start button in the first place.

However, the report notes the change is still in development and may not be ready when the update ships.

Pin Metro apps to the taskbar

Leaked screenshots suggest Update 1 will allow Metro apps to be pinned to the desktop taskbar, meaning users won't have to flip back into the Start screen to access them.

However, it isn't clear from the images what happens when the icons are clicked, whether they run directly on the desktop in their own window or simply return the user to the Metro interface, noted ZDNet's Mary Jo Foley.

Microsoft has been rumoured to be considering allowing users to run such apps directly on the desktop, rather than forcing them into full-screen mode in the Metro interface.

Windows 8.1 Update 1 will also make it easier to manage app icons. Right-clicking on them in the Start screen will open up a menu to uninstall or resize them directly, rather than going to a different screen.

Leaked screenshots suggest Microsoft wants to make it easier to shutdown PCs, with the addition of a dedicated shutdown button located next to the profile image in the top-right corner of the Start screen.

At the moment, shutting down a Windows 8.1 PC involves navigating into settings or right-clicking on the returned Start button - the new method won't save steps over the former, but is easier for new users to find.

The screenshots also feature a dedicated earch button next to the profile photo and new shutdown icon.

Foley also noted there may be some less visible changes, geared more towards tablets than the desktop.

She said Update 1 may introduce changes to cut memory and disk space requirements for Windows 8.1, making it run better on cheaper, smaller tablets

Good!!! This has been one of my largest complaints about 8 and 8.1 - how apps have to be shut down.

Thanks for the heads up...you have to admit, old Triple Helix gets lucky every now and then!:D

RR, there no every now and then, or getting lucky either...the TH is all seeing & all knowing...be afraid, be very afraid...:p ;)

You guys are funny! LOL

Earlier this week, Microsoft reportedly completed work on the RTM version of Windows 8.1 Update 1, also known as the "Spring Update". While the company has yet to confirm this news, a new tidbit of information seems to have been revealed at the Chinese language site ITHome. 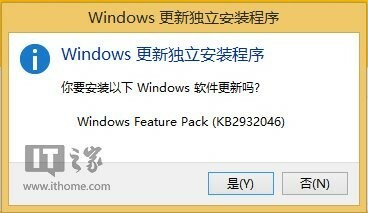 In an article which they claim to have information about the installation methods that will be used for the update, the site has also posted a screenshot which shows that Update 1-Spring Update may officially be labeled as the Windows Feature Pack. If true, it would make sense since the update does add quite a few new features to Windows 8.1, especially for keyboard and mouse users; we have contacted Microsoft to see if they wish to comment on this rumor.

The article also states that when the update is released, Internet Explorer 11 will also get a version number bump to 11.0.7. As we have reported before, IE11 will get an "enterprise compatibility mode" that will allow the browser to load up websites that are designed to work best on the older IE8 version.

Microsoft is expected to release the Windows 8.1 update to the general public on April 8th.

+51
You can download Windows 8.1 update 1 right now with a simple registry tweak

If you are willing to make a few tweaks to your registry, you can get Windows 8.1 update 1 right now. By adding a value to your registry, this will give you access to download and will get you the bits right now, without accessing any third-party.

Several users have reported that the method is working and have successfully downloaded the update. The current thought is that by tweaking the registry, it mimics your machine to be that of a user who is dogfooding the update and then sends the bits to your machine.

In regedit, navigate to “HKEY_LOCAL_MACHINESOFTWAREMicrosoftWindows” and create a new key called “SHWindowsPoolS14?, now reboot your PC and check for new updates. You should see “Update for Windows 8.1 for x64-based Systems (KB2919442) – (S14 Prerequisite v01.0008)“, this is the first in a series of updates that will update your PC to Windows 8.1

We wouldn't be surprise if Microsoft blocks this workaround very quickly and surely did not expect this way of obtaining Windows 8.1 update 1 to make it out into the wild in this way.

As with any leak or workaround like this, proceed with caution as you can bork your Windows install.

Microsoft has plugged the registry tweak and removed the files from the known Microsoft server locations, but you can find the bits on MDL forums or just look through our comments. Again we warn you that downloading files from non verified locations is not recommended..

Userlevel 7
Good find! I am tempted to try this. Very tempted.

+56
I would not recommend to this IMHO.

I would not recommend to this IMHO.

I would not recommend to this IMHO.

Very true and they are releasing it on Patch Tuesday in April!

cohbraz wrote:Good!!! This has been one of my largest complaints about 8 and 8.1 - how apps have to be shut down. 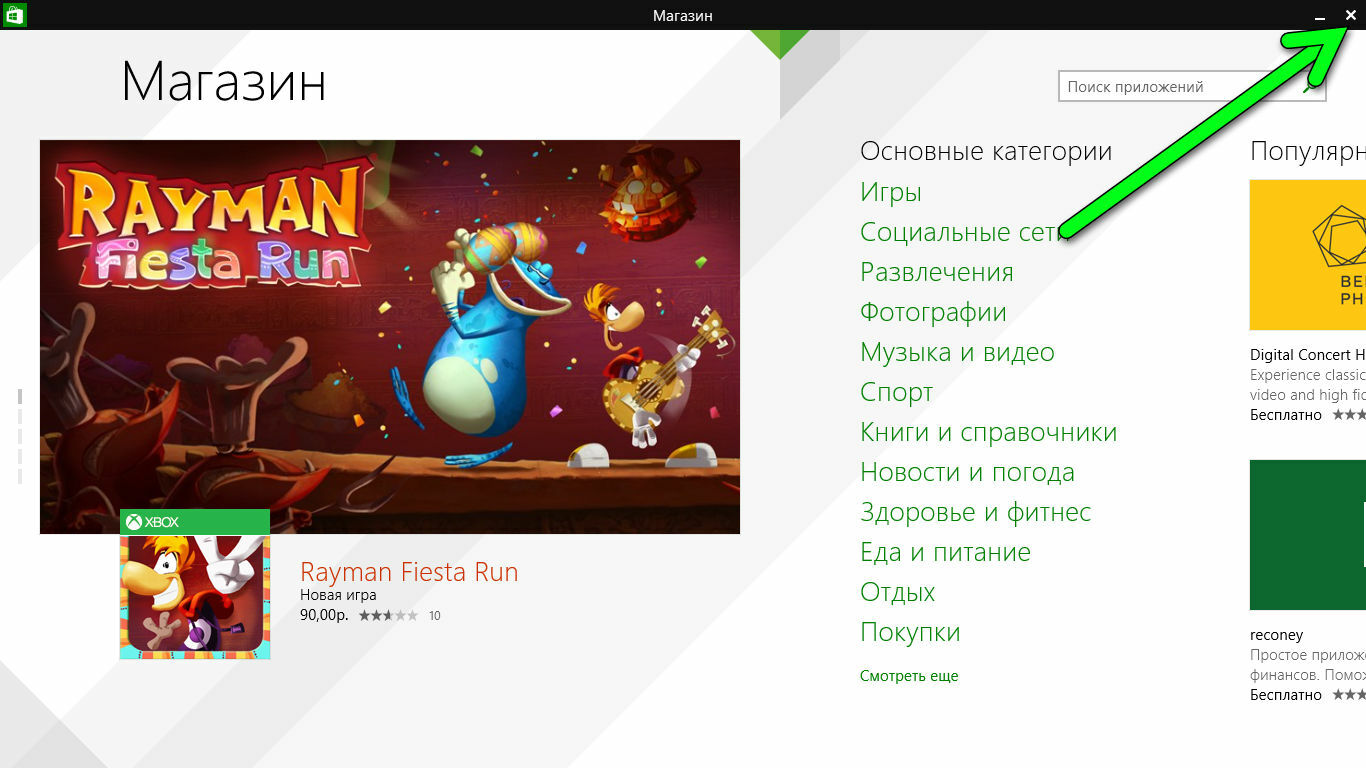