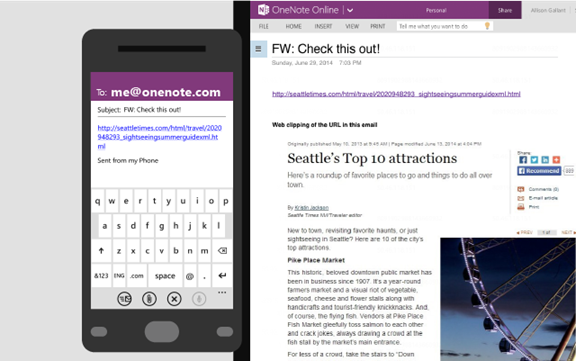 Keeping tabs of things across multiple platforms generally falls into two camps -- you are either an Evernote fan, or a OneNote user. One thing the former has excelled at is clipping content from the web and allowing the user to easily save it to a notebook. Now OneNote takes a step forward in this arena, adding new features to keep up with its rival.
The feature works a bit differently than WebClipper, but that isn't a bad thing. Users can send an email to me@OneNote.com and it will automatically clip the web content, as well as the contents of the email message.

betanews/ full read here/ http://betanews.com/2014/07/08/onenote-introduces-new-clipping-feature-with-meonenote-com/
Be the first to reply!