Userlevel 7
Call it the Revenge of the Cube.
Apple has introduced a new version of the high-end Mac Pro desktop at WWDC 2013. The updated model skips Intel's fourth generation of Core i-series processors, previously codenamed Haswell, instead sticking with pro-level Xeon processors. But it's the design of this new Mac Pro that became a conversation topic: instead of a big square box, the new Pro is a shiny black cylinder that looks like it fell off the engine of a starship. 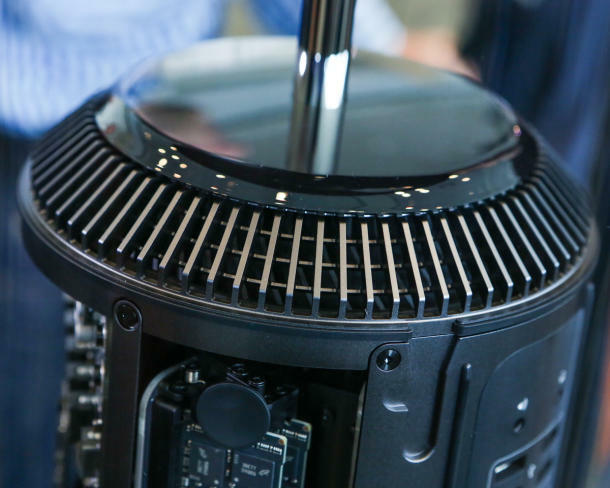 Steve Jobs had a similar dream years ago in the G4 Cube, a famously minimal gleaming box that was meant to represent the future of desktop computers. The Cube was a cult favorite more than a commercial success, but the new Mac Pro feels like the clear revival of that black-box dream. Instead of cube, think cylinder.

Read here.:)
Be the first to reply!