Userlevel 7
The Telepathy One is no Google Glass. And supposedly, it's not trying to be.

Demonstrated at an event in New York City, the Telepathy One is a wearable headset developed in Japan, intended on being part of the very same emerging industry as Google Glass. It has a built-in camera and floating microdisplay, much like Google Glass and the Vuzix M100 Smartglasses. The biggest difference between it and Google Glass, besides specs, might be one of scope. 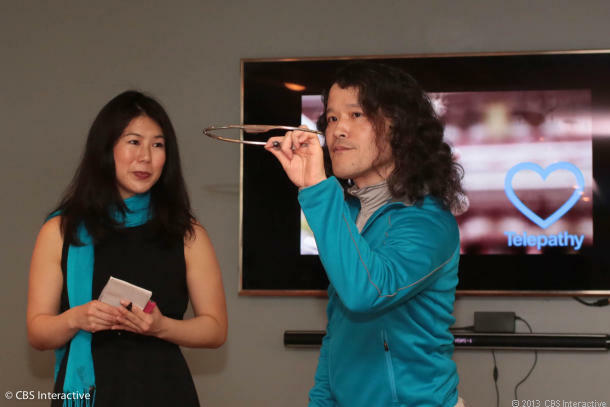 Telepathy founder Takahito Iguchi with his translator in New York.
Be the first to reply!