In a blog post Thursday, Twitter said it has made some minor modifications to the way its embedded timeline tool works.

For one, the post said, developers can now choose how many tweets appear, so long as they're happy with a number from one to 20.

Second, Twitter now lets developers decide whether they want a scrollbar to appear on an embedded timeline. Apparently, this is something that people have been asking about. But while Twitter is now enabling those who want to get rid of scrollbars to do so, the company cautioned developers to "consider the accessibility implications of hiding standard UI from users though, and where it's appropriate in the context of your site or application." 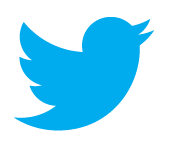