To help out, ARS Technica has put together two very useful articles to help compare. You can read them here...and here. Also, IGN has a list for confirmed PS4 games and confirmed Xbox One games.

So who will you choose this time around...Sony? Microsoft? Or neither? Chime on in! :D 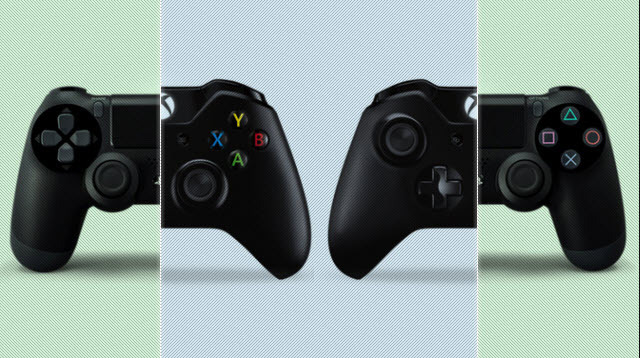 I dont see how people think the Xbox 1 is an upgrade to the 360 the PS4 and Xbox one are very very similar in hardware terms. In fact they are probably the most identical hardware lineups that we have ever seen in opposing consoles.
J

Userlevel 3
I want the ps4 badly but I agree with about everyone else as well, I won't buy till they come out with more games I won't buy, but the ps4 is an upgrade, all they really did with the Xbox is polished the 360 since it "supports" not capable of 4k and you have to have the webcam on at all times..... That is a little weird
Justin Holst Little Dog Tech Associates Software Development/ Network Administration/ Cyber Security
U
Xbox One is what I decided upon.  I wanted an entertainment system and not just a gaming console, which is something I could enjoy with my entire family.

Userlevel 7
Doesnt help that most of the "Cool" feautres on the Xbox one only work in the US leaving the rest of us with nothing.
S
Userlevel 7

And as an article I recently read pointed out, none of the next gen consoles have the capability to play current gen games... So you'll be forking out megabucks on something that you wont get much out of... Or am I just missing the point here?
M

I prefer my Nintendo Company stuff.

Userlevel 7
For the first time I am very disappointed by the next generation of consoles. The thought of day 1 DLC,season passes, ingaming advertising is leaving me cold. Not to mention that none of the games really look that impressive. I was really looking foward to them a few years ago now not so much. Thankfully I build myself a stonking PC last year so I can use that until I decide if I want to get a Xbox one.