So I tried to launch Game Stock Car 2013 Extreme and I get this error message:

I had no idea what was causing this to happen. I had just finished spending several hours reinstalling a racing simulator game along with about 30 gigs of modified tracks, car skins and just a ton of modified files, so reinstalling the game was the last thing I going to attempt to do to try to remedy this error. I decided to install a second clean copy of the game into a different directory and when I tried to launch that game - the same error popped up.

I tried researching the error, but I found no helpful information at all. I almost paid a lot of money for some error fixing scam program. I decided to start to end process on all other applications that were currently running and each time I ended process on an application I would try launching the game and the error kept popping up - until I ended process on Webroot. As soon as I ended process on Webroot I was then able to launch the game without any problems. So obviously Webroot was somehow blocking the program. After a bit of confusion trying to find the correct area to see a list of block programs, I finally found the game listed, but it was already set to "Allow".

So what do I do now? I read a lot of messages in this forum regarding how to allow a program, but nothing seems to be working for me. What do I need to do exactly?
Show first post Hide first post
Page 2 / 2

wrote:
A ticket? Seriously? I really don't have the time for this. You guys get paid to find the solution, nobody is paying me right now.

Yep, I understood that when the other guy just told me that. No need to repeat it. I got it. But you guys do kind of come off as paid staff members with your large badge-like ranking images, heh. Honestly, not to sound like a jerk or anything, but I really don't care if you guys get paid or not. I still appreciate the help and I will always hate filing tickets anywhere no matter what the case may be. I thought you guys would be able to find a solution to my problem, but obviously the problem is unique, which you definitely did help establish, so thank you for that. At least now I know I'm not crazy.

+56
Well we can't help you then only the support inbox can so have a great day! Maybe you can come back on Monday daytime MDT.

Ok, I'll send a ticket in a little while.

wrote:
Ok, I'll send a ticket in a little while.


I forgot to Welcome you Fergus to the Webroot Community Forums so Welcome!

Now that's great to hear! It could be a simple thing as getting some files Whitelisted! 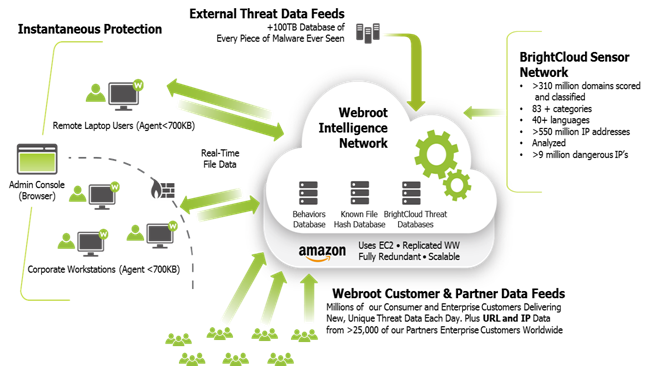 My old pc died, so I was out of commision for a few weeks. My new pc is having the same problem as before. I am going to submit a ticket regarding the issue, but just to clarify my problem, I did a little research of my own first and found out that there are many other people out there that are having the same exact problem that I am having where they get the same exact error when they try to launch Game Stock Car and they later discovered that Webroot was the problem. They also tried unblock/allow Game Stock Car, but the error continued to appear. The only thing that resolved the problem was either shutting down or uninstalling Webroot.

Here are some links to other forum discussions regarding the Game Stock Car error caused by Webroot:

Yes... please do exactly that, a Trouble  Ticket.

Even if you were able to fix the issue currently by marking the processes as allowed a Trouble Ticket is still the correct step to take for the exact reason in your reply: other users of the game who have WSA are experiencing the same issue.  That is the nice thing about the Cloud: if Support fixes it for you it will fix it for everyone else as well.

Let us know what they say!
New to the Community? Register now and start posting! "If you don't learn something new every day, you need to pay more attention. I often get my daily learning here so grab a chair and stay a while!" WSA-Complete (Beta PC), WSA Mobile (Android), WSA Business Mobile (Android) WSA-Endpoint (PC- Some of the time.....)
F

I tried to submit a ticket, but it keeps asking me for my password over and over again and I keep entering the correct password. It doesn't tell me that I entered an incorrect password, it's just stuck in a weird loop.

Userlevel 7
The password for the ticketing system is different than your password on the Community.  It will have been emailed to you at the email you use for the Community when you first contacted support.

Search your email, including spam folders, for an email from support.
New to the Community? Register now and start posting! "If you don't learn something new every day, you need to pay more attention. I often get my daily learning here so grab a chair and stay a while!" WSA-Complete (Beta PC), WSA Mobile (Android), WSA Business Mobile (Android) WSA-Endpoint (PC- Some of the time.....)

Userlevel 7
You can also simply click the link for "Forgotten Password" on the password screen that keeps repeating to have it reset and resent.
New to the Community? Register now and start posting! "If you don't learn something new every day, you need to pay more attention. I often get my daily learning here so grab a chair and stay a while!" WSA-Complete (Beta PC), WSA Mobile (Android), WSA Business Mobile (Android) WSA-Endpoint (PC- Some of the time.....)
F

I know the password is different, but it was still stuck in a weird loop. Today I tried rebooting my comp and then i was able to get logged in and submit a ticket.

I really do not want to uninstall Webroot, but if the Webroot development team cannot find a solution to my problem, I will be uninstalling Webroot.

Userlevel 7
No one wants you to remove Webroot.  Support is usually able to resolve false positives, though it sometimes takes longer than overnight.  Have a little patience and please help Support help you.... it is worth some time and email exchanges to get the problem fixed and fixed for all the other users you quoted as well.

:-)
New to the Community? Register now and start posting! "If you don't learn something new every day, you need to pay more attention. I often get my daily learning here so grab a chair and stay a while!" WSA-Complete (Beta PC), WSA Mobile (Android), WSA Business Mobile (Android) WSA-Endpoint (PC- Some of the time.....)
Page 2 / 2