Userlevel 7
As some of you know, E3 2013 is upon us. And while this year's Xbox One and PS4 announcements did give users a glimpse into the next-gen consoles, they were mostly focused on the social and all-purpose capabilities of the new machines. At E3, on the other hand, it's all been about the games (so far).

Microsoft was up first with it's announcement of sequels and Xbox One exclusives (as well as non-exclusives). Among the sequels, there was the impressive looking Forza follow-up, Forza Motorsport 5, which should put a smile on the faces of both car-lovers and racing fanatics. Perhaps (actually without a doubt), the more exciting sequel news for the majority of gamers will be the much-anticipated Halo 5. Although it won't be available at launch, Microsoft promises a release during the first half of 2014.

Other notable announcements were a Killer Instinct reboot (Finally!), the futuristically-cool-yet-beautiful Quantum Break, and third person slice-em-up Ryse: Son of Rome. Check out the gameplay demo in the video below! For the original story by ARS technica, click here.

Next in line was EA, who also didn't disappoint with it's announcements. Aside from the hugely-anticipated Battlefield 4, gamers will see new Need for Speed, Dragon Age, Star Wars, various EA Sports titles, and Mirror's Edge games, as well as brand new game called Titanfall. You can read the EA story (also, courtesy of ARS Technica) here. 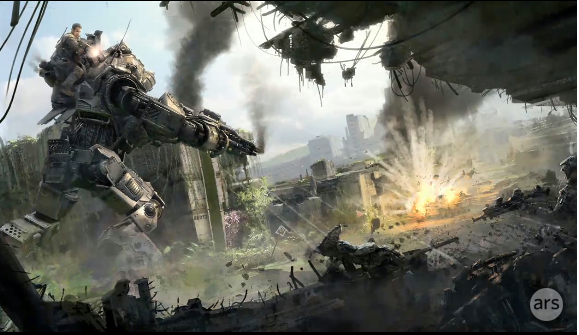 With Ubisoft's E3 press conference going on as we speak and Sony's just a few hours away, there is still much more to be seen today, which will only add to an already announcement-packed day (I'll post another story about those tomorrow). My question is two-fold: 1) What title (so far) excites you most and 2) Will the cool new games and graphics be enough (for Microsoft, at least) to squanch the so far mostly negative press about Xbox One?
--Yegor P-- Social Media Content Coordinator New to the Community? Sign up for FREE today.

+56
Sorry already seen it I'm surprised they let out of the bag so soon.

Even including US sales tax that price isnt close.

Userlevel 5
I think you'll need to sent that message to the entire Hardware and Software industry.

They know it's not the same, but they are figuring that people in Europe are willing to pay those numbers, so that's why it's that price. If people stop buying because the price is too high, then the prices will go down. Simple Market economics really. It's very unfortunate that it works this way.
Johan Gouverneur Webroot Account Manager Dekkers Intermediair B.V.