On upgrading to Android 4.2 and installing a second user.

The icon at the top of the screen on the second account is not green however, it is grey stating that "password protection is disabled" - There does not appear an option to rectify this.

If you open the Webroot app on your device, you'll see a Warning prompt and a "Fix This Now" button.  Tap "Fix This Now," and it will take you to a screen that explains the problem.  You can either "Ignore" (which we don't recommend) or choose to "Fix This Now" again on that screen.  It will ask you for your password.  Enter your password, and you'll see a screen that explains Lost Device Protection.  Tap Next.  Then tap Activate, and you're all set.
/// JimM /// /// Former Community Manager - Now Humble Internet Citizen/// /// Also Formerly a Technical Support Escalations Engineer ///
M

The notification centre still says you may be at risk

Userlevel 7
Ah, I see what you mean by "second user" now. I thought you meant you made a second user in your Webroot online console.

You raise an interesting question, and it's the first time it's been asked. I'll poke one of our devs to take a look at look at this.

In the meantime, can you check on the device administrator setting? Webroot, if told to "ignore," will stop bothering you about this setting and turn green, so it wouldn't show up where I mentioned before. Instead, (and I'm using a 2.3 device for this path / my apologies if your version of Android displays this just a bit differently) go into Settings on your Android, go to Location & Security Settings, and choose Select Device Administrators. Is a Webroot app checked in that list? You'll want to be checking on this from within the secondary account.
/// JimM /// /// Former Community Manager - Now Humble Internet Citizen/// /// Also Formerly a Technical Support Escalations Engineer ///

Userlevel 7
We tried reproducing the issue on a Nexus tablet running 4.2, and it didn't reproduce as described. What we found was that the device admin setting is unique to each profile. It can be on in one and off in another. You will be prompted to turn it on in each profile independently.

So I suspect you might be seeing the message you're referencing in one account, but you're checking on device admin settings in the other account. Please make sure device admin is on in the account in which you're seeing the issue occur.

A screenshot of the problem would be helpful in this case if it turns out device admin is already on in the account in which you see the issue occur.
/// JimM /// /// Former Community Manager - Now Humble Internet Citizen/// /// Also Formerly a Technical Support Escalations Engineer ///
M 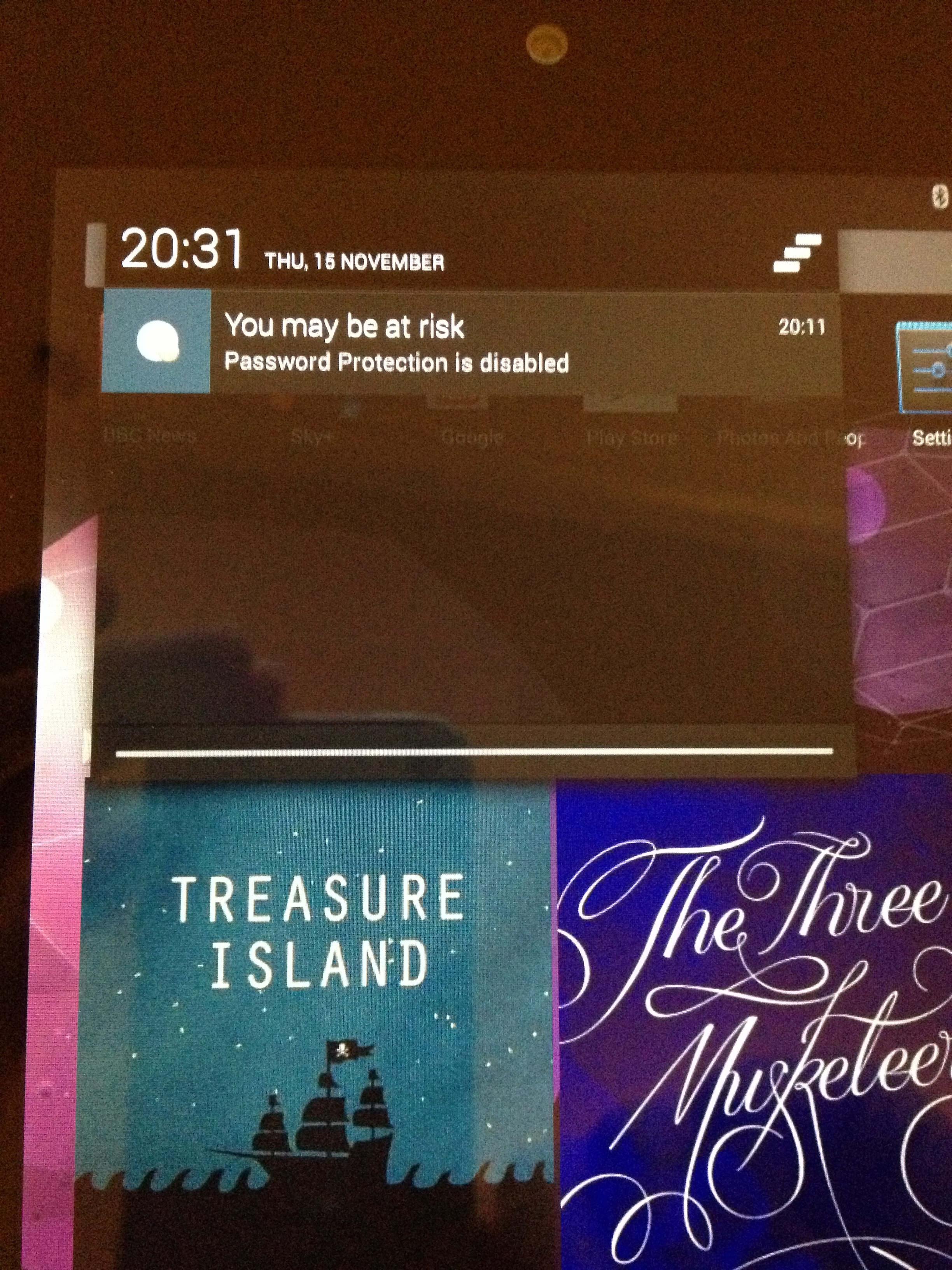 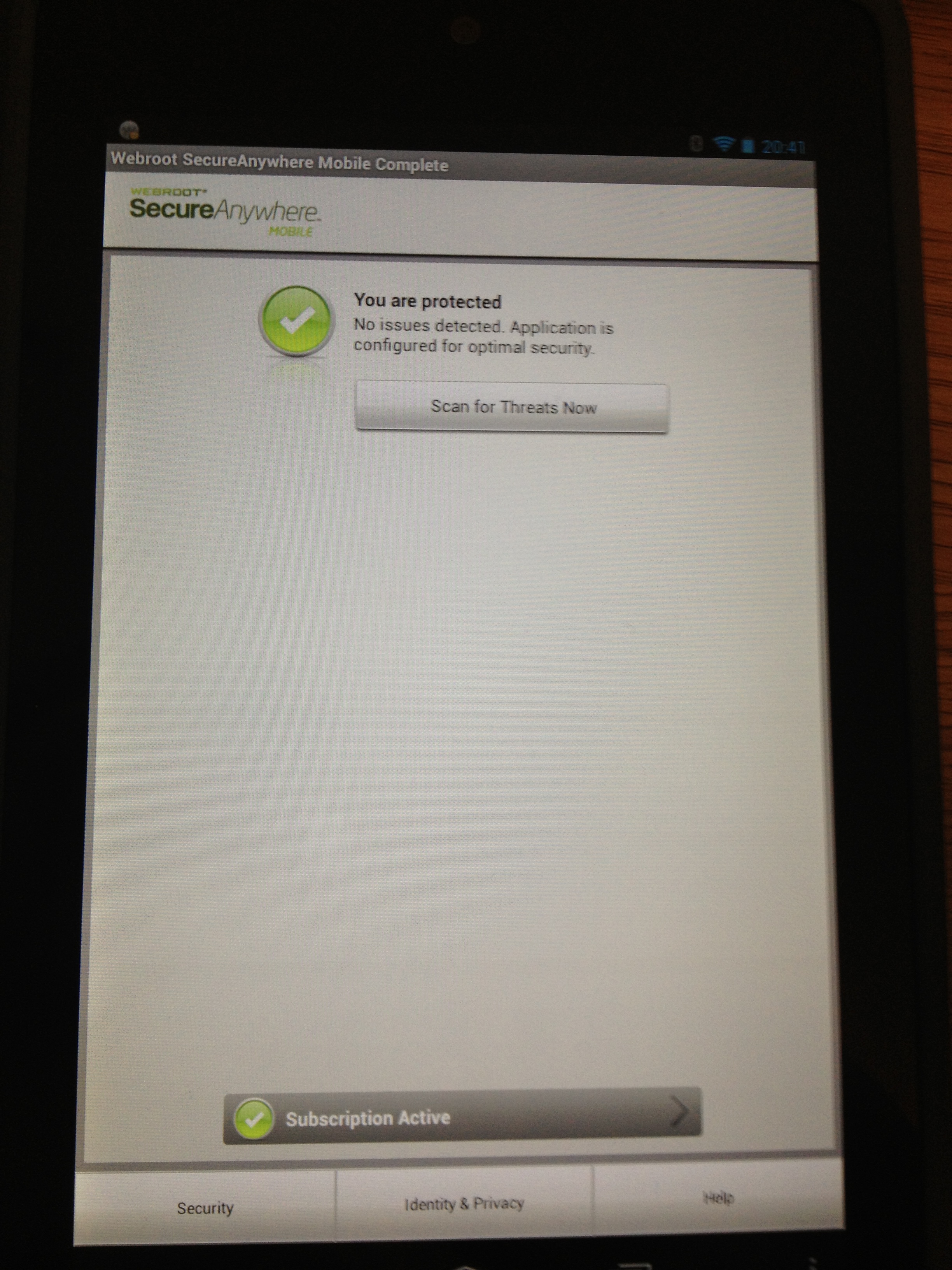 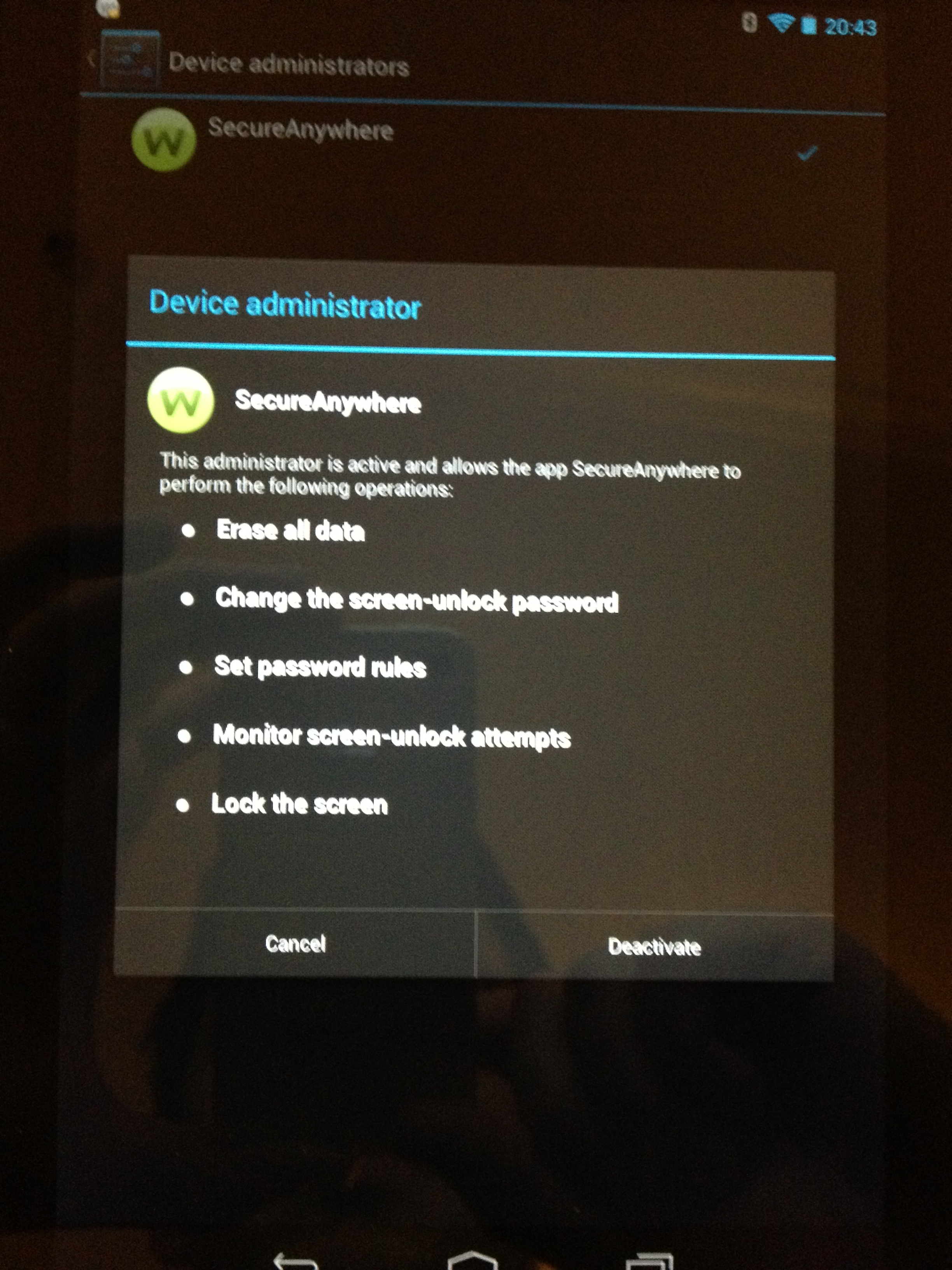 Userlevel 7
My apologies it's taking so long to get a solid answer to your question in the topic. The issue reproduces on a 4.2 tablet in-house and needs to be looked at by development. That process has been slower going than usual lately in the mobile world with a couple of big things that came up. This issue appears to be cosmetic and does not involve reduced functionality, so functional concerns had to be considered first. Once we have more news I'll update this thread again.
/// JimM /// /// Former Community Manager - Now Humble Internet Citizen/// /// Also Formerly a Technical Support Escalations Engineer ///